Perhaps the most important aspect of playing bad chess well is knowing that your opponents aren’t very good at this.
Even if you played with an open book of chess science — one providing the latest grandmaster theory — it wouldn’t be as helpful as having practiced the art of combination. Your opponents don’t make the minuscule mistakes that are exploited by science; they make the dumb blunders exploited by simple tactics.
World champion Euwe wrote a book that everyone should know. Chess Master vs. Chess Amateur provides 25 examples of masters beating opponents like ours.
We don’t derive much benefit from observing master vs. master (because masters don’t make amateur mistakes), and even less from amateur vs. amateur, because those games are full of errors.
It’s master vs. amateur games that provide the most instructive examples of beating our typical opponents.
Euwe describes a “real gambit” as:

[L]eading the game into quite a new direction, for one is in the presence of two entirely different units: time against material. One can never say which is superior, for it is almost impossible to compare two entities so different in nature. One can only prove which is better in a given position.
Moreover, there is considerable difference between theory and practice. Even if a gambit is not theoretically correct, it works fairly well in practice. 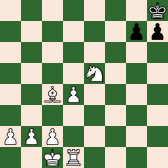