Hello, I’ve been in recovery for a week, so no activity here. A minor surgical procedure last Thursday, followed by a gout flare. It’s subsiding, though I’m still severely hobbled. With a week in bed, I studied Capablanca endgames, watched standup comedy, and “The Queen’s Gambit” for a second time before my Netflix account expires.

During my second viewing of the Netflix series “The Queen’s Gambit”, I screenshot and solved the mate-in-3 from episode 6. They chose it well; it’s not frustratingly difficult, it’s cute, and solvable in a logical way. 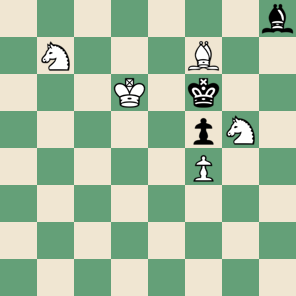 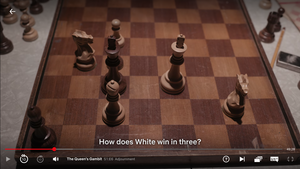