World champion Carlsen turned 30 two days ago, Nov. 30. Grandmaster So spoiled the party by beating Carlsen in a blitz playoff to win the Skilling Open, the first stop on the $1.5 million Champions Chess Tour.

I was most surprised. It’s well documented that athletes outdo their usual numbers on their birthdays, and for turning 30, I thought Carlsen would be invincible for a year or two.

Fischer hit 2887 at age 28, and Bobby was so dominant at the end of 1971 that he lost 100 rating points while beating Petrosian in the candidates final and Spassky in the world championship match. Who knows how good he would’ve been if he’d continued to care long enough to face Karpov in 1975.

Even I peaked at 30. My USCF ratings were their highest a few months before my 30th birthday, but I’m amused these days at how poorly I played.

Welcome to 30, Magnus. It’s all downhill from here, dude.

This is a game Carlsen played on his 15th birthday. He’d been a grandmaster for almost two years. 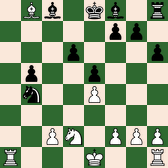